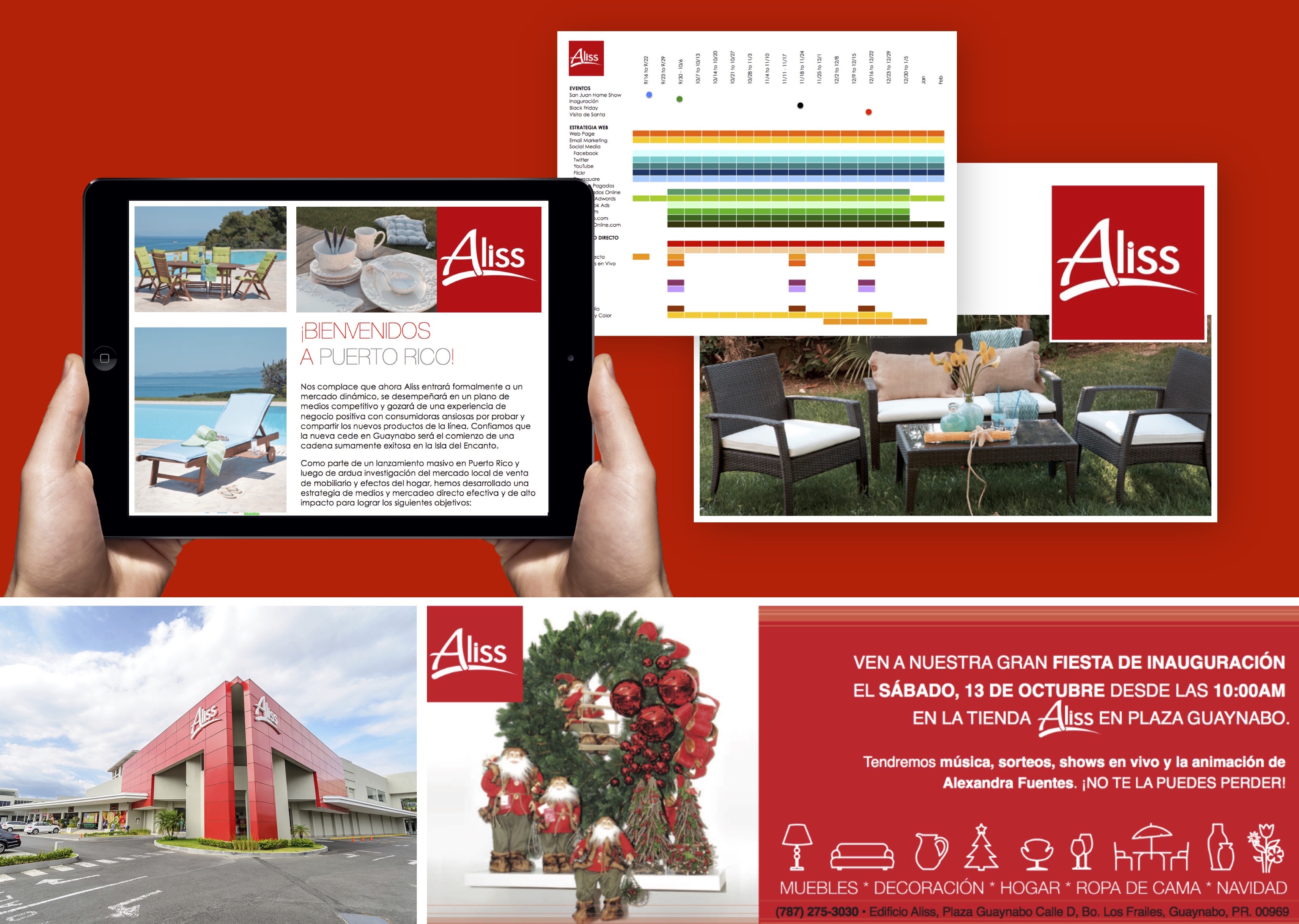 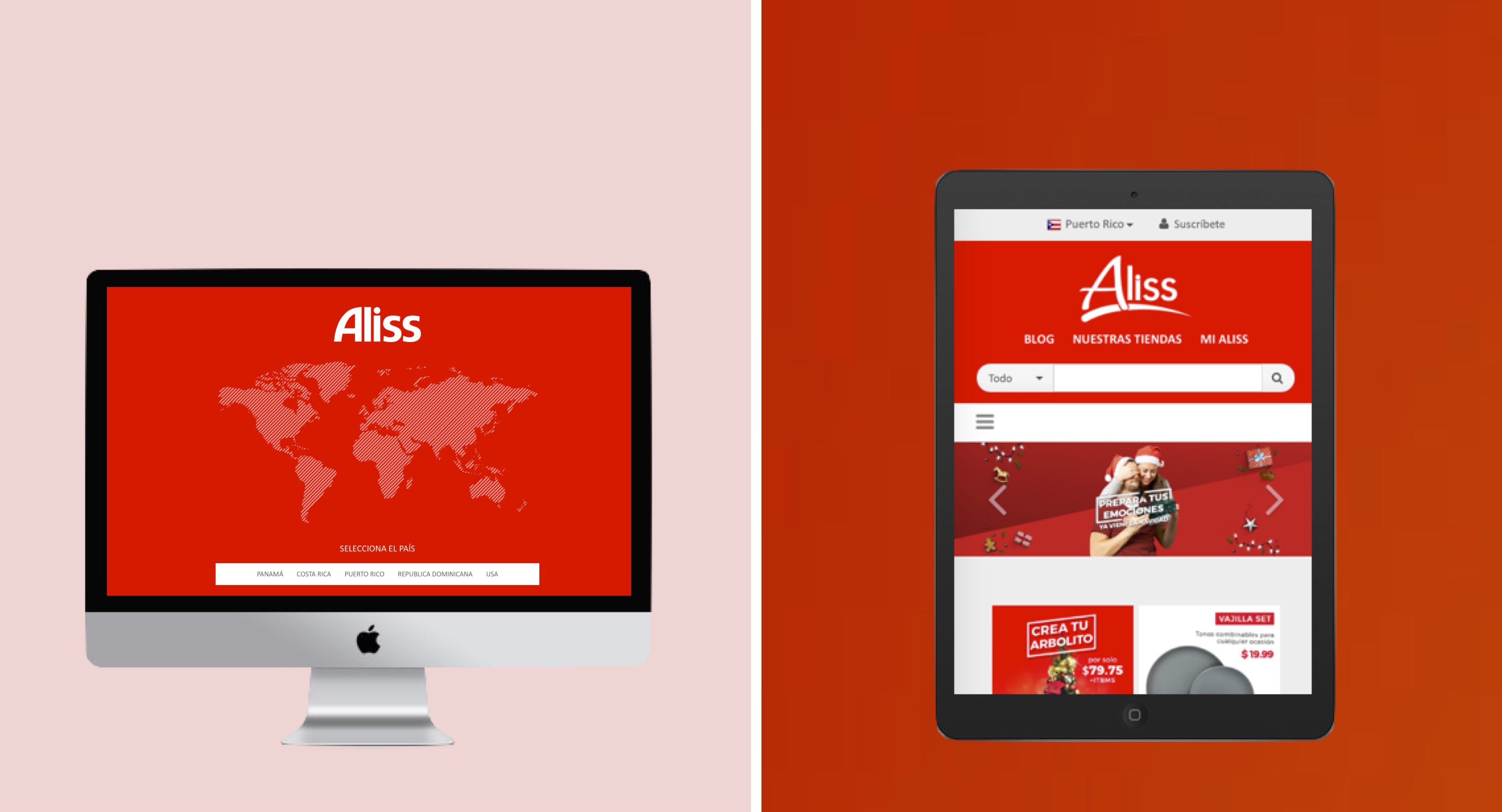 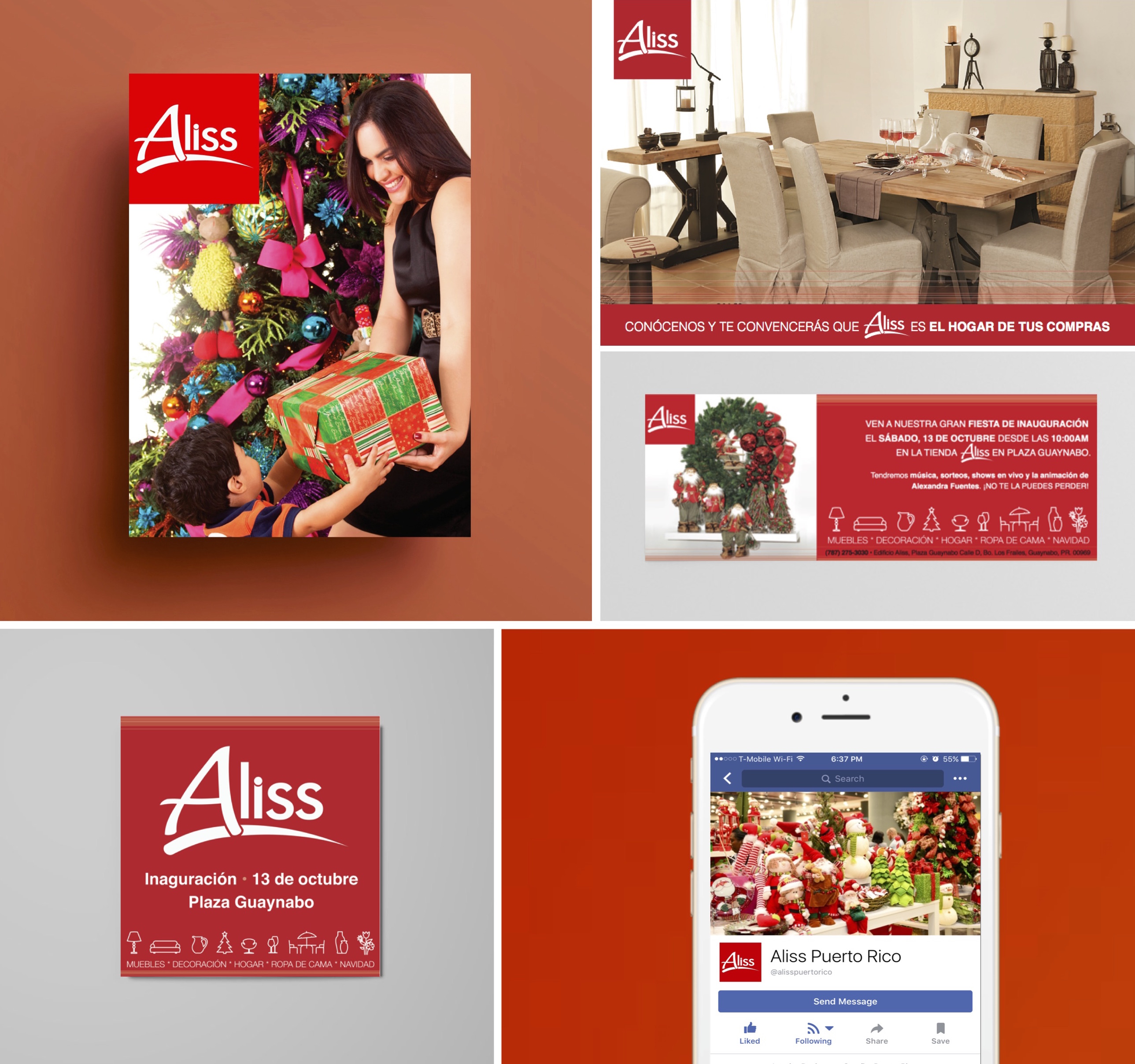 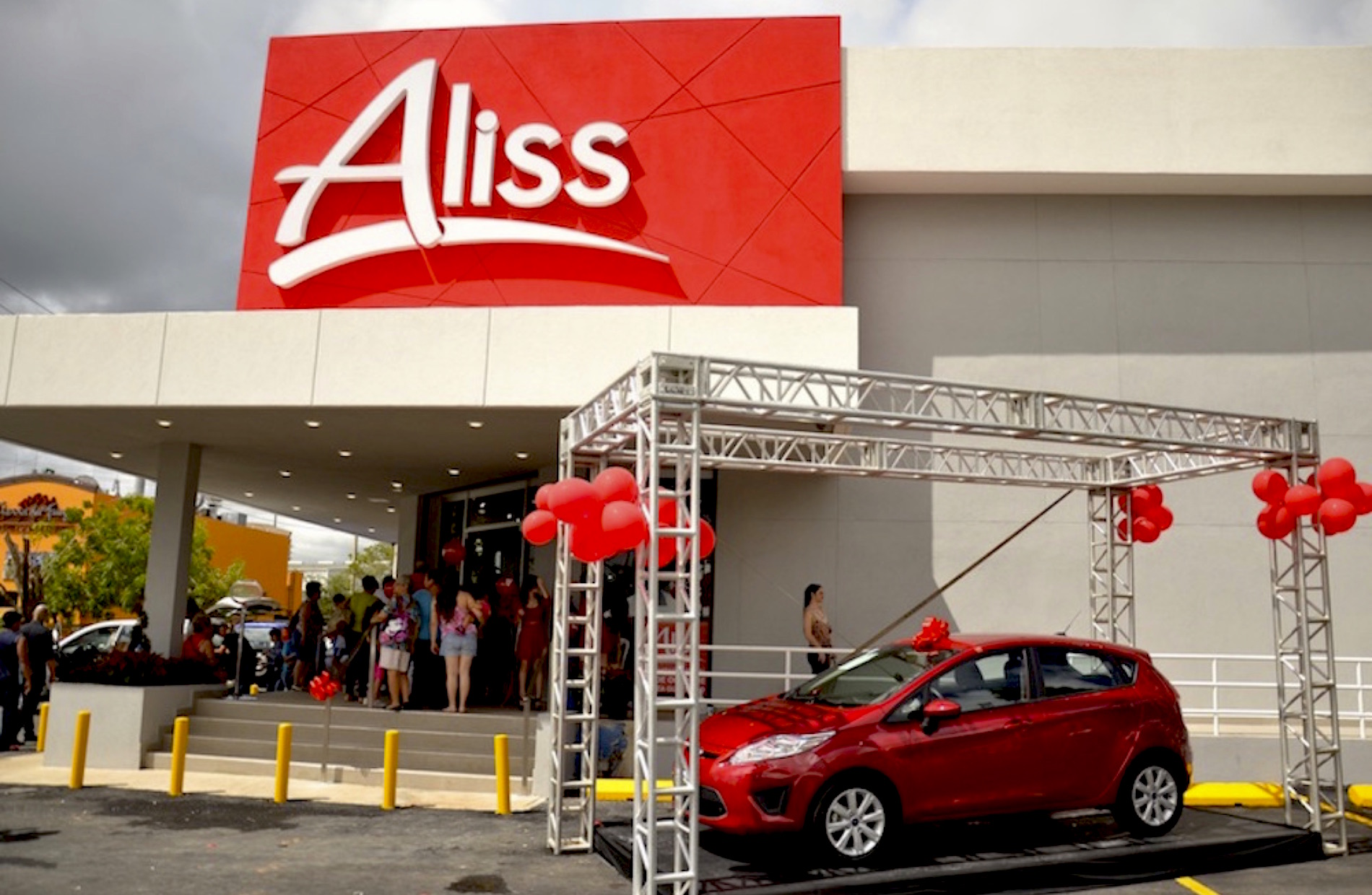 “Spanish, English, Greek and 6 weeks to make it all happen. The Aliss project was as intense as it was fun!”

We were honored to orchestrate their aggressive multi-channel, six-week media campaign and massive launch event in late 2012. Aliss (operating as Diafano in Greece and Tijerazo in Venezuela) entrusted us to wok hand in hand for the $150,000 launch campaign of their first of now 7 locations in the US.

We were first introduced to the colorful brand by securing and coordinating a substantial sponsorship opportunity at the San Juan Home Show at the Puerto Rico Convention Center. We subsequently built a multi-channel public relations, advertising and event marketing campaign, all leading up to a massive inauguration event in the parking lot of their massive Plaza Guaynabo store. The various projects included: graphic and web design, print media, event production and marketing, promotion staffing, a comprehensive radio, TV and online media tour, and more.

“From designing flyers, to casting and dressing models, to booking a flame dancer for the cocktail reception, to giving away a Ford Fiesta, we covered all the bases. Opening day revenues far exceeded our goals!”

Event highlights include appearances by former Miss Universe and Venezuelan model Estefanía, various local celebrities, live music and fireworks at the VIP reception, a massive stage and a car giveaway.